Posted on December 29, 2013 by sixstrstories

On Thursday evening, January 31, 1974, I attended a concert at The Music Hall – now known as the Citi Performing Arts Center’s Wang Theatre – in Boston, Massachusetts.

Joni Mitchell was the headliner. The very popular singer, songwriter, guitarist, pianist and Appalachian mountain dulcimer player was touring in support of her sixth album, the just-released Court and Spark. I was a fan of her 1970 album, Ladies of the Canyon.

The opening act was Jackson Browne. The 25-year-old singer, songwriter, guitarist and pianist had two albums to his credit at that time: 1972’s Jackson Browne and For Everyman, released in October of 1973. With both of these albums being frequently-played selections from my record collection, I was looking forward to hearing Jackson Browne that night as much I was to hearing Joni Mitchell.

The one song that I still remember from Jackson Browne’s performance that night was a spirited, crowd-pleasing rendition of Chuck Berry’s “Sweet Little Sixteen.” It seemed a bit odd at the time for such a sensitive singer-songwriter type to break into a classic 1950’s Rock & Roll number, but how could a Folk-Rocker worth his salt do a show in Boston and not play the song that starts: “They’re really rockin’ in Boston…?”

Jackson Browne’s performance that night inspired me to learn how to play and sing this great, great song. Not long after, I purchased a copy of the sheet music for “Sweet Little Sixteen”… 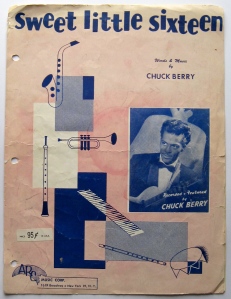 …and a Chuck Berry LP containing the original recording… 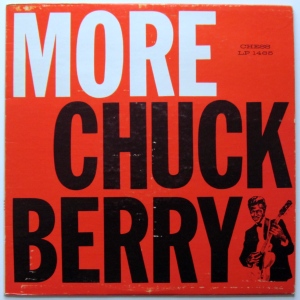 …and was soon belting out “All the cats wanna dance with… Sweet Little Sixteen” for myself.

So, what does this story have to do with today?

Let me tell you.

On December 29, 1957, singer, songwriter and electric guitarist Chuck Berry entered the recording studios of Chess Records in Chicago, Illinois to record the follow-up record to his previous single, “Rock and Roll Music.” In a session that extended into the next day, Chuck Berry and his band – Lafayette Leake, piano; Willie Dixon, bass; Fred Below, drums – cut finished recordings of two new songs: “Reelin’ and Rockin'” and “Sweet Little Sixteen.”

Check it out for yourself.

P.S.: In February of 1975, I met the dazzling young woman who would become – and still is – my wife. One night, while trading stories about concerts we’d seen, we discovered that she’d been (with her good friend – to this day – Patty) at that Joni Mitchell concert in Boston, too! She even had her ticket stub – taped to the record jacket of her prized and well-worn copy of Joni Mitchell’s 1971 album Blue – to prove it! 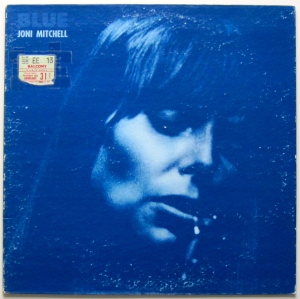