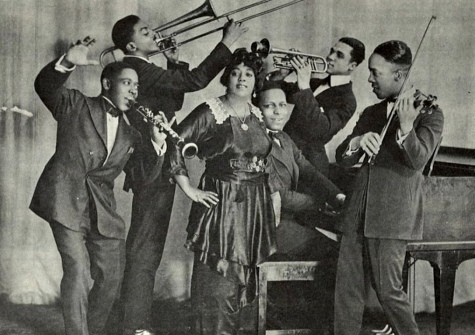 The recording was made in the New York City studios of OKeh Records. Ralph Peer, the recording director for OKeh in New York, supervised the session.

“Crazy Blues” was the first Blues recording by an African/American singer.

The vocalist, Mamie Smith, was 37 years old. She had sung and danced and played piano on the Vaudeville circuit since she was 10. 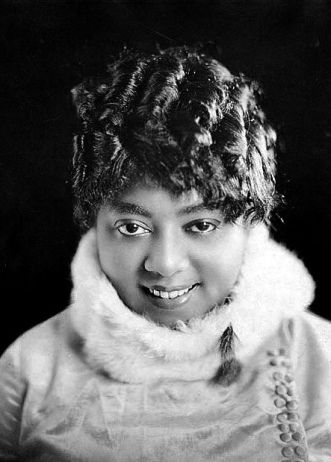 The members of the Jazz Hounds who accompanied Mamie Smith on the session were:

Today, this type of Blues is referred to as “Classic Blues:” a female vocalist with at least a piano for accompaniment, all instrumentalists playing in the Jazz style of the times.

The success of “Crazy Blues” b/w “It’s Right Here For You (If You Don’t Get It, ‘Taint No Fault Of Mine)” by Mamie Smith & Her Jazz Hounds took everyone by surprise.

“Crazy Blues” proved that there was a very real market for music by African-American artists. American record companies soon began recording and releasing such records in earnest. Established performing artists including Bessie Smith (“Empress of the Blues”), Alberta Hunter, Sara Martin (“The Blues Sensation of the West”), Ma Rainey (“Mother of the Blues”) and Victoria Spivey became recording artists as well.

By the late 1920’s, five different record companies competed for sales in this new category, one that they called “Race Records.”

A few years after the release of “Crazy Blues,” Metronome magazine boldly proclaimed: “Blues are here to stay!”

As I always say, “Good music doesn’t get old.”

2 Responses to “Crazy Blues” – The Centennial