The First Record With A Fender

It was a Country record on the Capitol label.

“I’ll Never Be Free” by Bennie Benjamin & George Weiss was the song on the A-side. On the B-side was “Ain’t Nobody’s Business But My Own” by Irving Taylor. 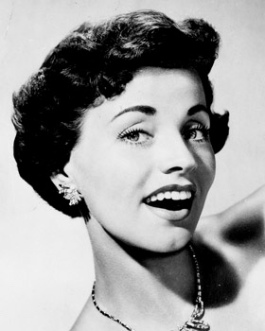 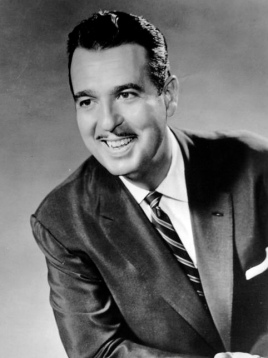 Ms. Starr and Mr. Ford recorded “I’ll Never Be Free” and “Ain’t Nobody’s Business But My Own” at Capitol Records’ studios in Los Angeles, California on June 28, 1950.

There were two guitarists among the studio musicians gathered for the recording session.

One of them was Speedy West on pedal steel guitar.

The other was Jimmy Bryant on electric guitar.

Jimmy Bryant was a 25-year-old, Georgia-born, Jazz-influenced Country guitar player working in the Southern California area. In early 1950 he had become quite well known for his dazzling guitar duets with Speedy West on a local Country music TV show. Although Speedy had been recording for Capitol since late 1948, the June 28, 1950 date was Jimmy’s first recording session.

The instrument that Jimmy Bryant played that day was a Fender Esquire solid body electric guitar.

It would be the first time a Fender guitar was used on a record.

Here now are both of those remarkable and most enjoyable recordings. Give a listen!

Just To Let You Know: “I’ll Never Be Free” would reach the #2 spot on the U.S. Country chart and #3 on the Pop chart before the end of the year.

Jimmy Bryant’s superb playing is showcased on “Ain’t Nobody’s Business But My Own.” He takes the opening solo and then a breathless full solo starting at 1:09. He contributes endlessly inventive counter melodies behind the vocals on most of the verses and all four statements of the chorus.

The Fender Esquire solid body electric guitar was designed by Leo Fender. In 1950, it became the first electric guitar manufactured and sold by Leo’s company, the Fender Electric Instrument Company of Fullerton, California.

Jimmy Bryant had been a devoted fan of the Fender electric ever since the Fall of 1949. That was when Jimmy got to try out Leo Fender’s recently-completed prototype for his “standard electric” guitar one night at the Riverside Rancho dance hall in northern Los Angeles.

That prototype guitar was part of the Play It Loud: Instruments of Rock & Roll exhibit at the Metropolitan Museum of Art in New York City from April to October, 2019 BP. I took this photograph there on September 29.

Leo Fender built a second prototype of his “standard electric” – one with all six tuning pegs lined up on the left side of the headstock – in the winter of 1949/50. Finally, when all the details of the design had been decided, the manufacturing of Leo’s guitar began at Fender’s Fullerton facility in March, 1950.

Don Randall, the company’s salesperson, christened the instrument “the Esquire.”

Given how ubiquitous and iconic Leo Fender’s electric guitars – the Telecaster (1951), the Stratocaster (1954) –  have become in the past 70 years, the discovery of these two recordings was a real thrill.

For the discovery of those recordings (and the writing of this post) I am most grateful to Mr. Ian S. Port for his truly exceptional book: The Birth Of Loud: Leo Fender, Les Paul and the Guitar-Pioneering Rivalry That Shaped Rock ‘N’ Roll.

One last detail: Speedy West played a three-neck pedal steel guitar (see picture above) that was custom built for him in 1948 by Paul Bigsby of Downey, California; another major guitar pioneer who plays a big part in Mr. Port’s book.