One Thing Leads To Another 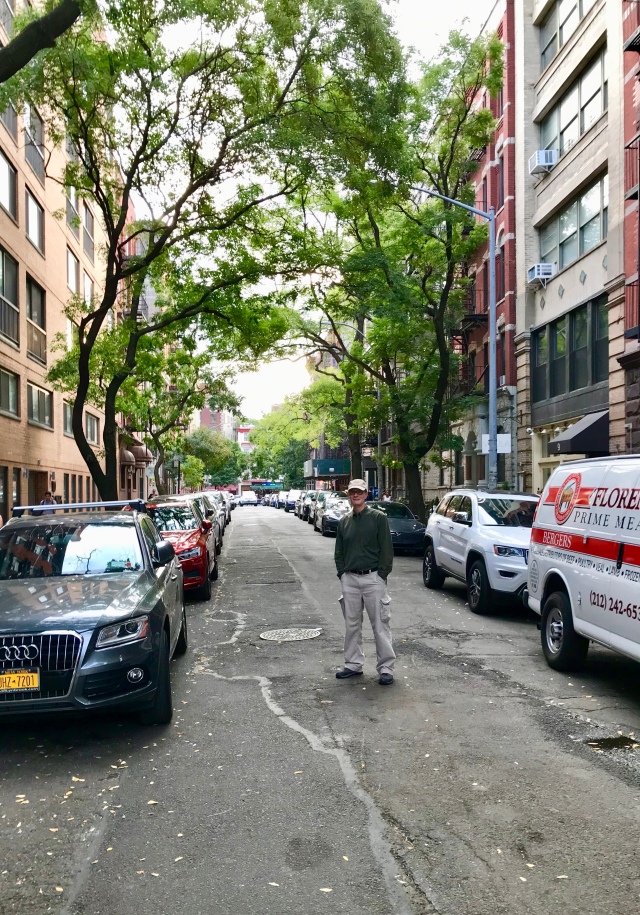 I’m standing in the middle of Jones Street, just off of West 4th Street, in Greenwich Village, the borough of Manhattan, in the city of New York.

The picture was taken by my son on a magical Saturday afternoon at the end of this past September.

That is where, in February 1963, photographer Don Hunstein took the picture of Bob Dylan and Suze Rotolo that was used on the cover of Dylan’s second album, The Freewheelin’ Bob Dylan. 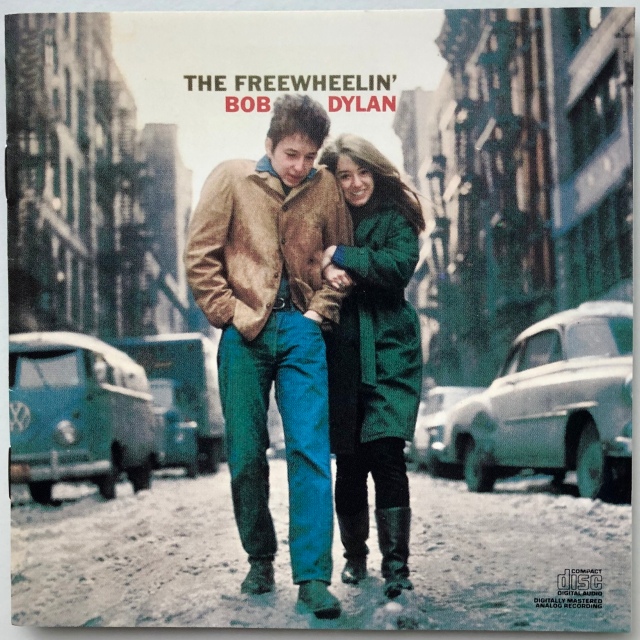 I’ve been listening to that album quite a bit since getting home from New York and the second track – “Girl From The North Country” – really stayed with me.

So, I decided to learn how to play it.

I could hear that Dylan was using the same Cotten-style fingerpicking patterns on “Girl From The North Country” that he used on “Don’t Think Twice, It’s All Right” – a song I know quite well. I recognized an open-position G major chord at the start of the intro and soon established that Dylan had his guitar capoed at the third fret.

But what was the chord he was playing behind the start of – and throughout – each verse?

Dylan consistently followed the Em9 with a D7/F# chord before heading back into the G major. I located an occasional “plain” Em chord and many-more-than-a-few C/G’s, and – voila! – the chord progression was mine!

The lyrics to the song as they appear on bobdylan.com are not exactly the same as the ones he sings on the album, but I easily penciled in the corrections on my print-out.

Getting the way Dylan phrases those lyrics in his vocals is the hard part.

In my quest for some confirmation of my chordal discoveries, I found this video.

Take a look (and a listen).

That performance was filmed in March, 1964, for a Canadian television show called Quest.

Bob Dylan recorded the version of “Girl From The North Country” that appears on The Freewheelin’… on April 23, 1963 in Columbia Records’ Studio A, in New York City.

The Freewheelin’ Bob Dylan LP was released by Columbia Records on May 27, 1963.

I’m definitely enjoying playing and singing “Girl From The North Country.” As Bob does in the video, I’m more comfortable doing it without a capo on my guitar.

Wouldn’t it be something to someday sing “Girl From The North Country” while standing again in the middle of Jones Street?

8 Responses to One Thing Leads To Another